Renaissance England and the Reformation 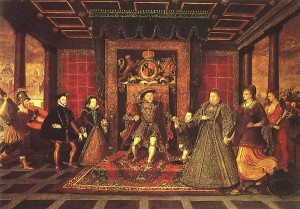 This course will offer an overview of the Tudor Age from Henry VIII to Elizabeth I, insisting more particularly on the great religious transformation of the century ; the adoption of Protestantism. Students will not only study the political significance of England choosing the side of the Reformation in Europe (an essential aspect of religious reforms), but also the change that this represented in the experience and worldview of the English at the time. It was because religious reforms had a direct impact on people’s lives and beliefs as well as a political significance that they were the occasions of impassioned controversies and conflicts throughout the 16th century.

You can download the pdf version of the brochure.

Students must read a downloadable chapter (in two parts) on the Tudor Age:

All the books below are available at the university library.