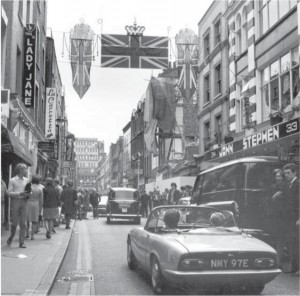 This L3 course will offer an overview of the history of London from the second half of the 19th century to the Olympic Games of 2012. This was the period in which the metropolis experimented with various forms of government, from the Metropolitan Board of Works in 1855 to the Greater London Authority from 1999. The fate of these experiments was linked to a great extent to relationships with the central government and London history will provide a gateway into national politics, especially in the 20th century.

1855-2012 is a also a period in which London’s geographic, demographic and economic growth climaxed and ebbed. The course will particularly focus on the economy, what made it so dominant in the UK in the first half of the period and how it was reinvented after the Second World War.

Finally we shall look at how London life in the 20th century reflected social change in Britain. Immigration made London more and more multicultural and multireligious. London diversity also profited from the development of sub-cultures in the second half of the 20th century.

The brochure can be downloaded here with the password provided in class.

The supplement to the brochure is also available for download.

Posts added in the course of the semester